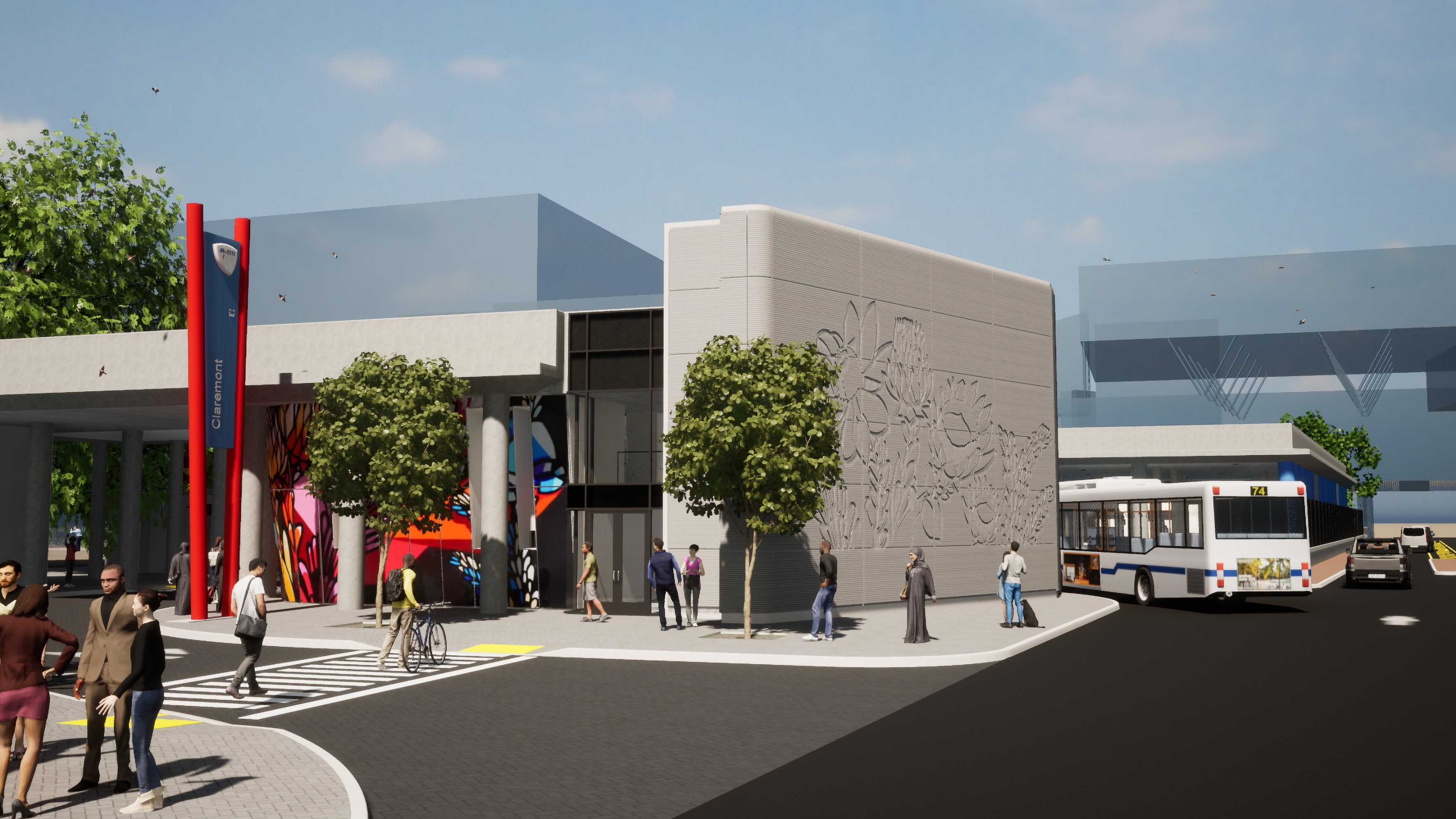 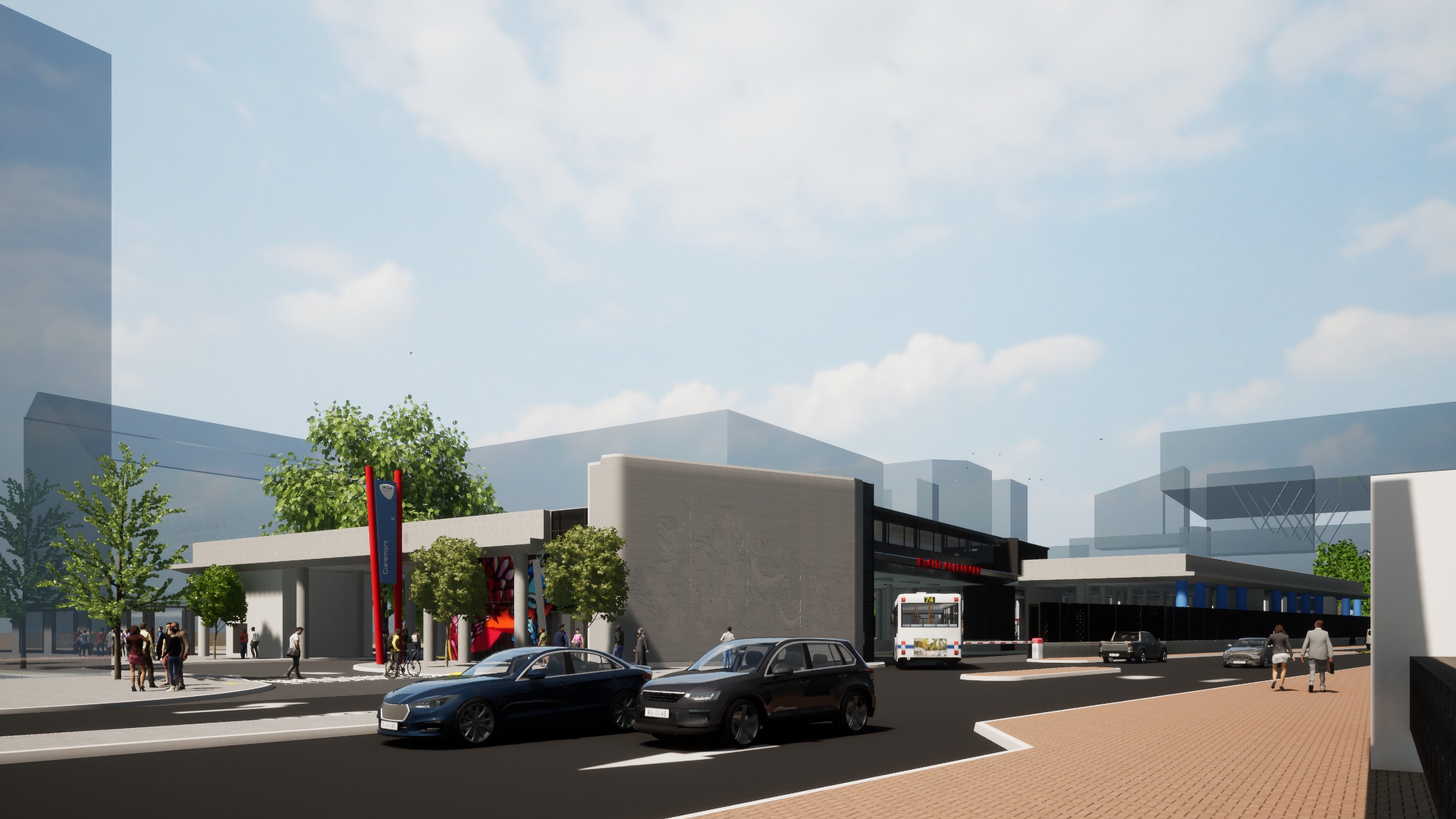 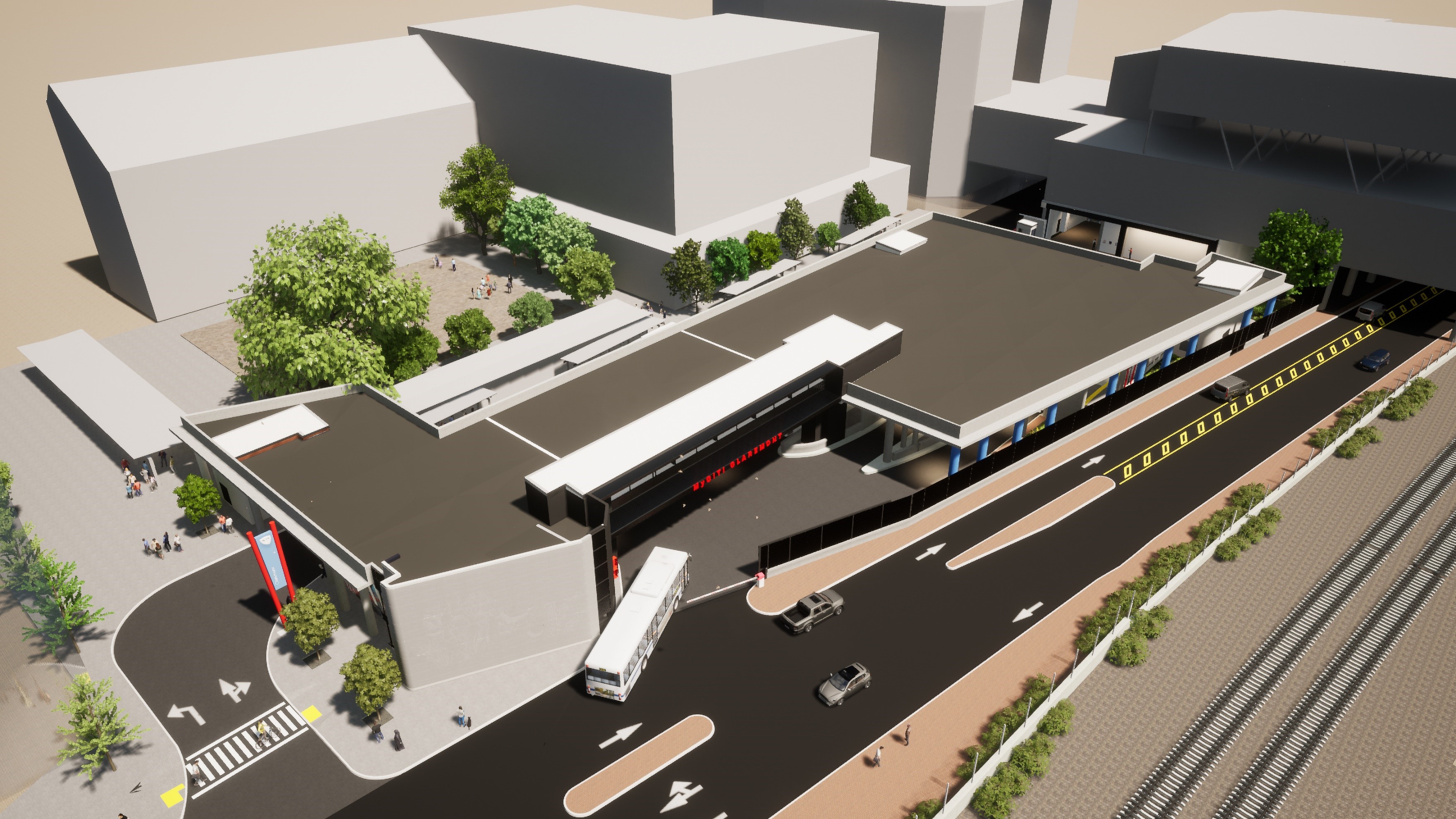 The City of Cape Town plans to upgrade the existing bus facility in Claremont to include a new bus station for future MyCiTi services. The public are now invited to comment on the proposal.

A redesign of the bus facility along Claremont Boulevard, between Hawthorne Road and Newry Street, is required in order to accommodate the construction of a bus station that will serve the next phase of planned MyCiTi services.

Phase 2A of MyCiTi will connect Khayelitsha and Mitchells Plain with Claremont and Wynberg through direct, reliable, affordable and safe public transport.

The planned station will form part of the existing public transport interchange (PTI), ensuring quick, easy and safe walking access to other public transport including rail, minibus-taxis, Golden Arrow Bus services, the UCT Shuttle, as well as to the Claremont central business district and Cavendish Mall nearby.

The enclosed MyCiTi station precinct will include 4 docking platforms for buses, a ticketing office, a lobby, bicycle lock-up facilities, a staff rest room and a universally accessible public toilet.

A small bus holding facility will be located nearby under the Stadium-on-Main building. It will serve as a despatch facility, rest area for drivers and for unplanned bus maintenance.

The concept design proposes the optimal use of this valuable City-owned land through the inclusion of a concrete slab above the MyCiTi station to support a future multi-storey overhead development.

The planned improvements will also benefit the surrounding area through the planting of trees and other landscaping, and through upgrades to the sidewalks to provide safer pedestrian movement and universal access, ensuring a more pleasant experience for everyone in the precinct.

Golden Arrow Bus services will continue to operate from Central Street and the UCT Shuttle will also remain on Central Street, at the ground floor entrance of Stadium-on-Main.

The following road changes are also proposed in the vicinity in order to accommodate MyCiTi services: • Claremont Boulevard will be upgraded with dedicated bus lanes connecting to the bus facility. • Stanhope Bridge will be realigned to prioritise access from Imam Haron Road, and will also include dedicated bus lanes. • Palmyra Road will be realigned into a ‘T’ junction with Imam Haron Road, which will be widened.

Residents, and other interested and affected parties are encouraged to attend a public information day and comment on the draft concept design for the facility, including the proposed changes to roads in the area.

Construction is planned from August 2024, following the public participation process and detailed design. The upgrade is expected to take around 24 months.

Join us at a public information day to find out more, view detailed drawings, speak to members of our team and comment on the proposed upgrade to the bus facility and surrounding roads.

The closing date for comments is 10 November 2022.

The City will assist if you cannot read or write, have a disability or are from other disadvantaged groups and unable to submit written comments. Call 021 400 9809 or email Zandile.Mahlasela@capetown.gov.za

All comments received by the closing date will be considered in the final concept design. 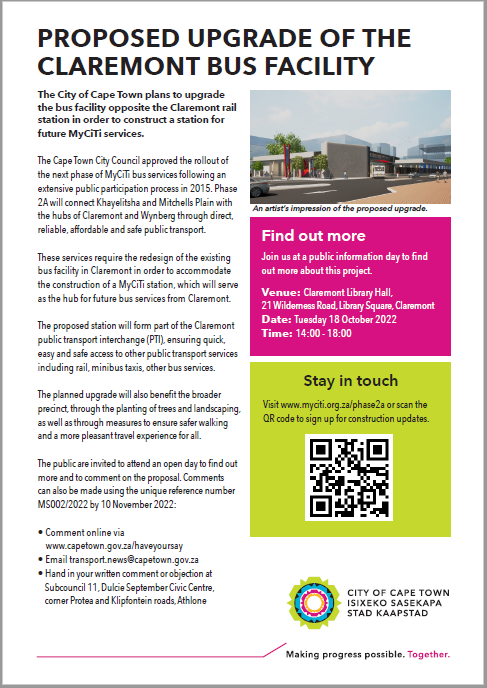