MyCiTi is excited to announce the restart of our N2 Express routes from Khayelitsha and Mitchells Plain to the Cape Town CBD from 19 February 2022.

The following routes will again link passengers with the Civic Centre station in the Cape Town CBD daily, from early in the morning until late in the evening:

Services will start on 19 February and will be phased in until the full schedule of services takes effect on 19 March.

At Civic Centre station and the nearby Adderley station, passengers can easily connect to a variety of other destinations on the MyCiTi network, including the Waterfront, Sea Point, Gardens, Oranjezicht, Camps Bay, Salt River and Hout Bay. Because you pay for the distance you travel, it doesn’t cost extra to change buses or routes to reach your final destination.

MyCiTi users will be able to load Mover points and buy new cards at the Mitchells Plain MyCiTi station and the newly relocated Kuyasa kiosk at the public transport interchange outside the Khayelitsha Public Library.

To thank our loyal passengers for their patience and to welcome new users, we are offering a limited myconnect card deal to help you get going. See details below. 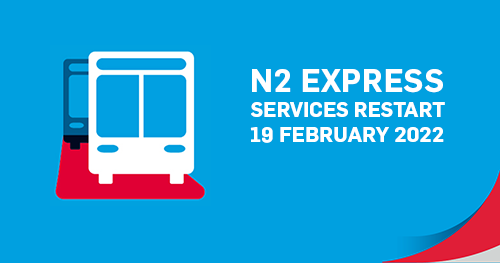 Everyone needs their own myconnect card loaded with Mover points or a package to travel with MyCiTi.

We are offering a special myconnect card deal for passengers affected by the suspension of the N2 Express services as well as to welcome new passengers from Khayelitsha and Mitchells Plain to MyCiTi.

Where: Mitchells Plain MyCiTi station and the new Kuyasa MyCiTi kiosk at the public transport interchange outside the Khayelitsha Library
When: 17 to 18 February from 08:00 to 18:00 and 19 February to 5 March from 05:15 to 18:00.

Where: Mitchells Plain MyCiTi station and the new Kuyasa MyCiTi kiosk at the public transport interchange outside the Khayelitsha Library.
When: 17 to 18 February from 08:00 to 18:00 and 19 February to 2 April from 05:15 to 18:00. 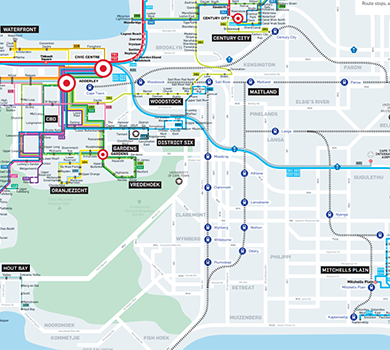 View all routes including the N2 Express routes from Mitchells Plain and Khayelitsha. 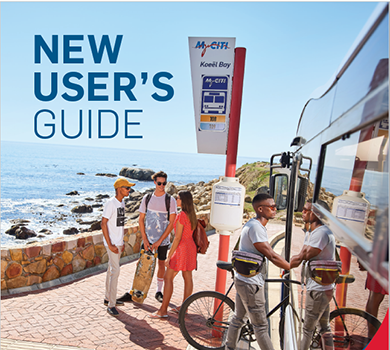 Our New User's Guide is designed to make it easy for anyone to use MyCiTi.

MyCiTi fares are based on distance travelled. Fares from Mitchells Plain and Khayelitsha to Civic Centre range from R16.80 to R23.80, depending on the exact distance of your journey and what time of day you travel. Below are some fares that apply when services start on 19 February.

With our Saver fares, you save by simply travelling outside the weekday peak periods (06:45-08:00 and 16:15-17:30) or anytime on weekends. Our Monthly Pass for R850 also offers unlimited travel anywhere and is great value for money passengers who need to travel long distances every day.

From 19 February, you can use use our fare calculator to work out fares from Khayelitsha and Mitchells Plain to anywhere else on the MyCiTi network.

*Saver fares apply to all other times, including all day on weekends and public holidays

Download the free official MyCiTi app from your app store to find the best routes and times and enjoy live updates indicating when your next bus will arrive, as well as important alerts about our service. Our agents are also here to help you in English, Afrikaans and isiXhosa. Call 0800 65 64 63 FREE from any device, 24 hours a day, 7 days a week