Since the launch of MyCiTi services in Atlantis in 2014, there has been a steady increase in passenger demand. In response, MyCiTi is adding several new stops, and more direct routes and express services.

New express service to city centre
This new express route will help cut the journey time between Atlantis and the city centre. The X02 Atlantis – Table View – Civic Centre route will travel from Atlantis station, stopping at Sandown, Porterfield and Table View stations, and then Racecourse, Woodbridge and Woodstock stations before arriving at Civic Centre station.

More stops between Atlantis and Table View
A new stop, Berkshire West, has been introduced on the T03 route, which makes it convenient for Atlantis residents to access the new Table Bay Mall.

The Brittlestar stop near Melkbosstrand will now serve both directions of travel, and there are four new stops along the R27, Koeberg Power Station, Duynefontein, Melkbosch and Birkenhead, serving the T02 and T03 routes.

Route T03 Atlantis – Table View  – Century City
The first bus from Atlantis will depart at 04:24, with buses operating every 24 minutes in the off peak to better match demand.

Route 231 Atlantis – Atlantis Industria East
The 07:10 weekday departure will be adjusted to leave at 07:15.

Route 234/234a Atlantis – Mamre
Mamre passengers will benefit from more direct services to Civic Centre via Atlantis station on route T02 and will not have to change buses. The service will start at 05:03.

Route 235 Atlantis – Pella
Passengers will have more direct services to Omuramba and Century City without having to transfer at Atlantis station. The service will start at 05:25, with buses every 60 minutes in the off peak.

Route 236 Atlantis – Sherwood
The service will start at 04:49, with buses every 30 minutes in the off peak. 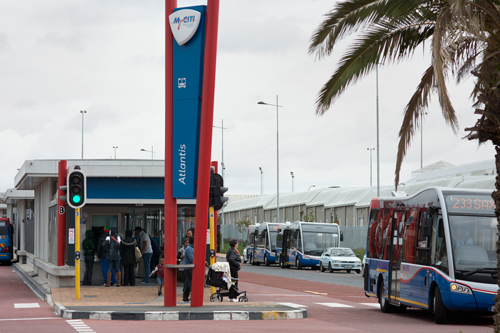 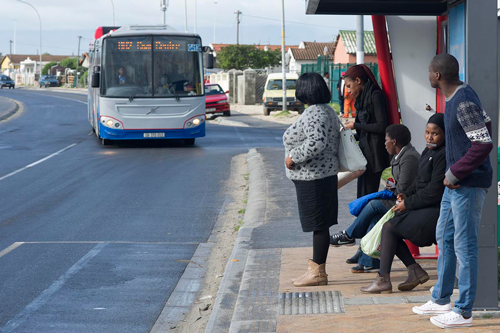 There will be several important changes to services in Melkbosstrand and Duynefontein. 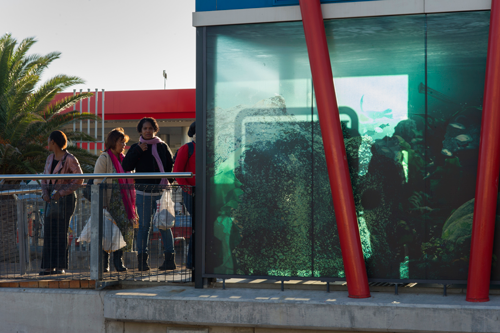 The expansion of the Table View and Parklands area is continuing apace, bringing with it the need for more MyCiTi routes. In response to customer feedback, a new, peak-only T01 service will be launched linking residents in Parklands with the city centre, without the need to transfer at Table View station any longer.

The new T01d Dunoon – Parklands – Civic Centre route will travel from Dunoon along Malibongwe Drive and Sandown Road into Parklands and onward to Civic Centre via Table View station. This will provide passengers in Dunoon with a shorter, more direct route to Parklands and its shopping and business hub during the peak.

Four new MyCiTi bus stops – Dartford, Morningfield, Discovery and Sandown East – have been placed along Parklands Main and Sandown roads to give the growing number of people living or working here a convenient link to the service.

Route T01 Dunoon – Table View – Civic Centre  – Waterfront
The timetable will be adjusted to reduce the transfer time at Table View and Racecourse stations. Buses will operate more often (every 12 minutes) during the off peak to better match demand. 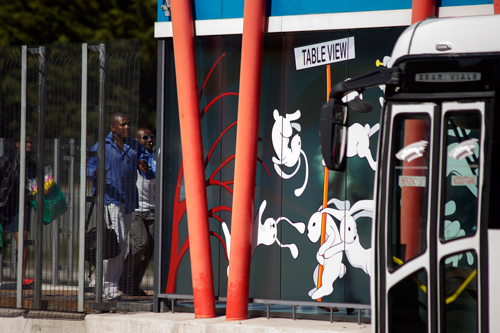 The main T03 route will be extended from Omuramba to Century City providing a new, direct link between Century City, Table View and Atlantis.